My just completed 'New Pluto' sculpture celebrates the tremendous excitement and love for the entire Pluto saga. In Flagstaff, we all hold a deeply felt human connection with the little planet. From the time of its surprising discovery by Clyde Tombaugh in 1930 at Lowell Observatory to the spectacular flyby this summer by the New Horizons space probe and Alan Stern's NASA team, astonishing new science has been revealed. Our little 'reclassified' planet seems to have an active geological surface, and it has five moons! I have incorporated some of the new visual and scientific information into my work. Mostly, though, I have added a human element. I have invented a figure that is a metaphor for our relationship with icy, far away Pluto: a relationship of the heart.

Some scientific and historical references included in the piece are the moon Charon, almost half Pluto's size; Nix, Hydra, Kerberos, and Styx, four tiny moons; the Tombaugh Regio, Pluto's heart-shaped icy region; cliffs and canyons on the moon Charon, and the mountain in a moat; Percival Lowell; a dancing "X"; Clyde Tombaugh; The Pluto Telescope building at Lowell; Long eyes, what the Tohono O'odham Nation calls the astronomers who lease the land from them for Kitt Peak National Observatory in Tucson ("People of the long eyes"); and, the San Francisco Peaks. 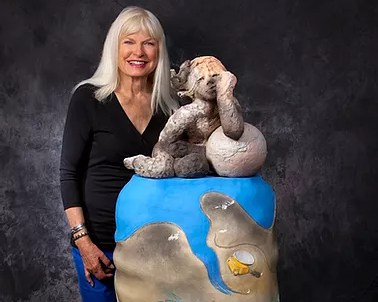 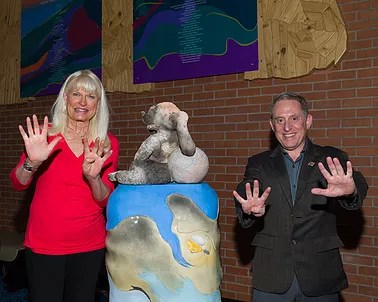 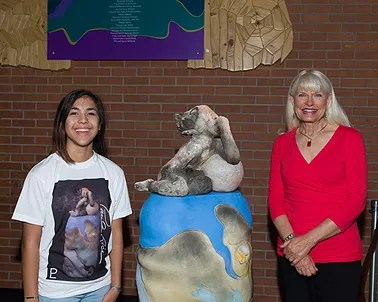 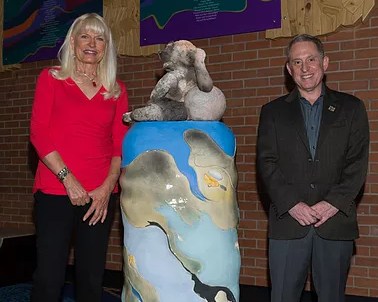 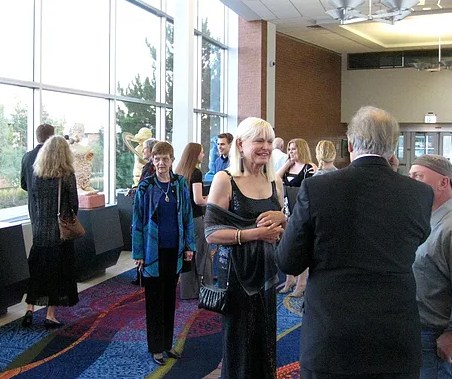 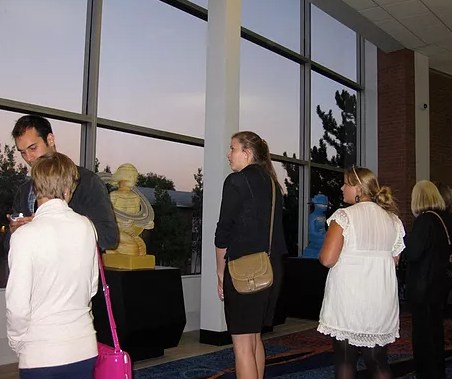 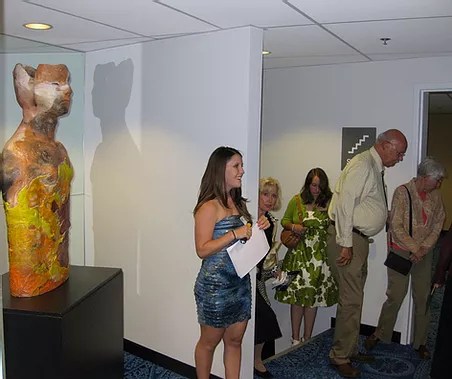 "Tribute 9/11" by Paula Rice is on permanent display at the remodeled Ardrey Memorial Auditorium. Here a NAU student leads a tour for VIPs before the concert and program. 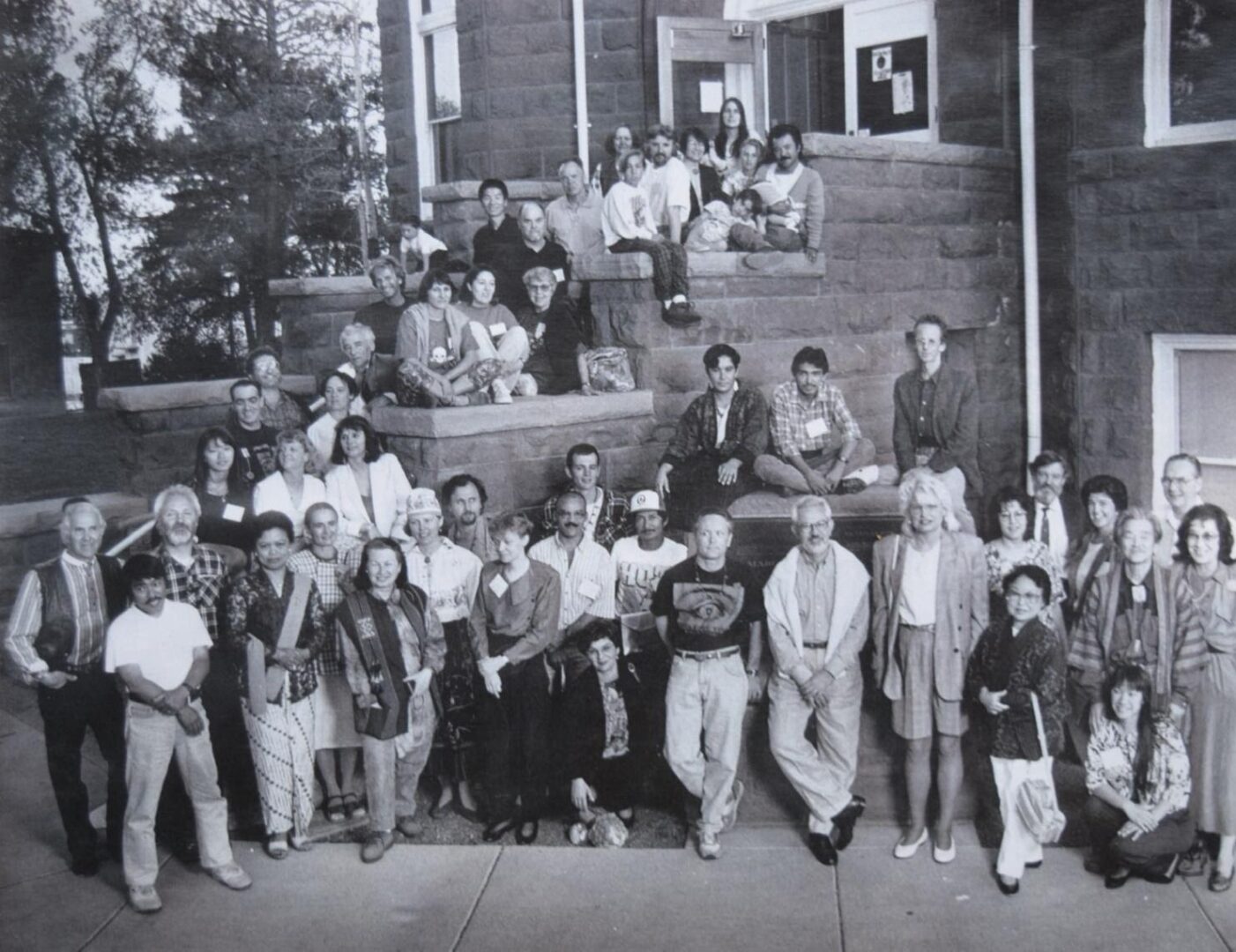